Ballad of Nessie Wrap Party at the Tam 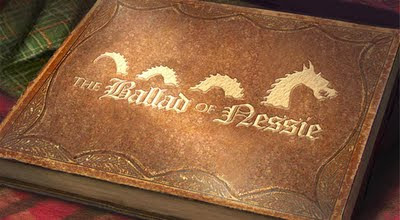 Disney directors Stevie Wermers and Kevin Deters have just finished production on “The Ballad of Nessie”. The 2D short is described by the studio as having ‘art direction evocative of the Disney shorts from the 1940s and 50s’ and being ‘the honest to goodness true tale of Loch Ness and its most famous resident.’ 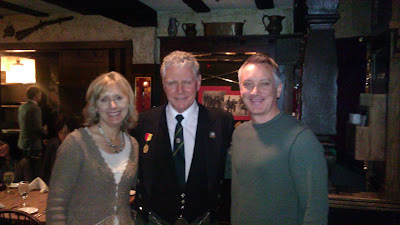 Stevie Wermers L. yours truly and Kevin Deters R. in the Guards Room at the Tam


Stevie saw me at the Tam O’ Shanter Restaurant on one of the Burns Nights, and wanted to know if I would come back to the Tam to entertain her crew at their wrap party to celebrate the completion of this animated short. Prescindia McIntosh, Cindi the popular lady piper, was also be there to add flare to this luncheon which served to add old time bon homme to their finishing bash. I added tales of 'The Tartan Wot Not', 'The SS Politician', and tried to pitch the idea of having Disney make a new film on the Jackdaw of Rheims, by reciting the old poem

Speculation is that Disney's 'The Ballad of Nessie' may be in the theaters alongside ‘Winnie The Pooh’ and see its debut in the European market first.
Posted by Neil McLeod at 6:25 AM