For Dermot McQuarrie, of FOX Sports, who knows a good dram and the value of a good smile. 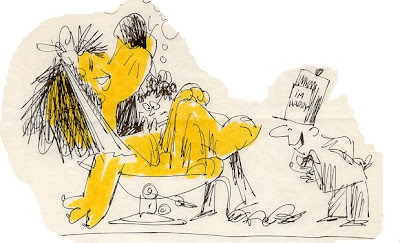 There's this lion at t'zoo up in Blackpool
Who is famous or so the tale goes,
He is large and ferocious and savage
With great scars all over his nose.

One day with the least provocation
From Albert, a dear little chap,
He snatched him through ’bars and he ate him
Leaving nought on the ground but his cap.

When the bill for the lad had been settled
There were one thing remaining quite plain,
They 'ad to do som'it quite special
To stop this from 'appenin' again.

So Zoo Keeper and t'Insurance feller
They 'ad this big meeting you see,
To decide how Wallace the Lion
Could be harnessed and kept trouble free.

They said when meeting were over
That the answer was some how to block
The size of the throat of the lion
With a grate or some big plastic chock.

They'll ave to fit Wallace with Choppers
There's no average dentist will do.
The impressions will be quite a challenge
For that lion mustn't choke or turn blue. 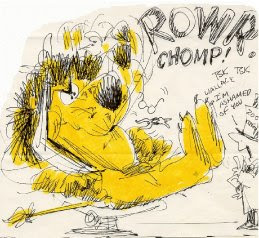 And then there's the matter of timing
He'll have to be quick as a flash,
To get in and out in a hurry
Before Wallace chomps down with a gnash.

So they called up this world famous dentist
In Hollywood, land of the stars,
And explained they were having some trouble
With this pussy cat kept behind bars.

When he came he flew in on a Jumbo
And while driving him up from Heathrow
They explained there idea about dentures
But the Hollywood dentist said “No!”

I think you’d do better to crown him
Aye crowns for the king of the beasts
I’ll lengthen each nasher so a thin bacon rasher
Is all that’ll fit when he feasts.

He got right to work without flinching
Though he said that the job might be tough,
He said, “That lion’ll like thin strips of bacon,
I’ll make his teeth gap just enough.”

To start with he gave anaesthetic
So that Wallace lay still and relaxed
But while bending over to reach a back molar
'Lion gagged and then swallowed by reflex.

It would have been bad but for Sandy
His able assistant who came
To the rescue by giving emetics
So he brought up the dentist again.

He continued, ’e took the impressions,
And he made 'im some nashers so tall
That when Wallace The Lion opened widest
The gap ’tween `is teeth were quite small. 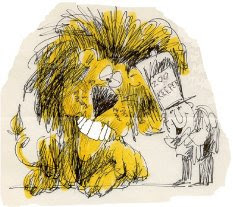 Oh! it did your heart good to see Wallace,
In his cage sitting grandly arrayed,
With a smile on his face like a rabbit,
From the teeth the dentist had made.

The illustrations were drawn by my friend and long time patient Colin Bailey, who has since past away, but whose imagination and humor live on in his drawings.
Posted by Neil McLeod at 7:32 AM No comments: 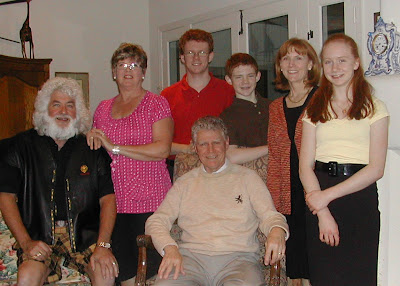 When Santa takes a holiday he dumps the sleigh, gets in his car and heads south.

Well Christmas is over, and Neil McLeod, the famed photographer, of Merritt, British Columbia, is taking a jaunt with June, away from the cold to recover from his hard seasonal work. You may not have heard of the MacClause Clan, but Neil is a member. No kidding! he takes his work seriously. He joshed me saying he didn't think he'd shaved since some time back in the nineties.

He popped in to see us for a good Clan MacLeod welcome yesterday, and left a picture of himself at work for the record. This is the real Santa folks! 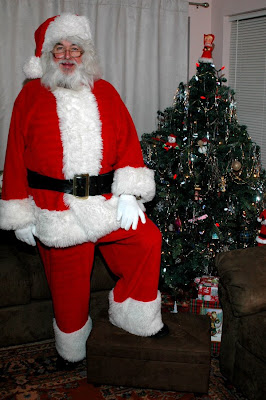