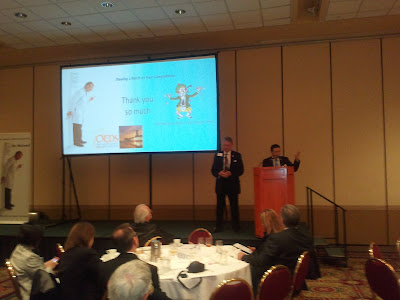 On Tuesday 7th I went down to Orange County with my friend Barak Granot. We were off to deliver a lecture on Web Presence for Dentists to the Orange County Dental Society.

After the success of this presentation to The Pacific Coast Society For Prosthodontics in June last year, invitations came in for an extended repeat performance from Dr David Guichet. Barak is my SEO specialist. Search Engine Optimization is critical to obtain high ranking by the search engines.

The two hour talk was well received and I will be going back for and enhanced emphasis on Social Media in the fall. 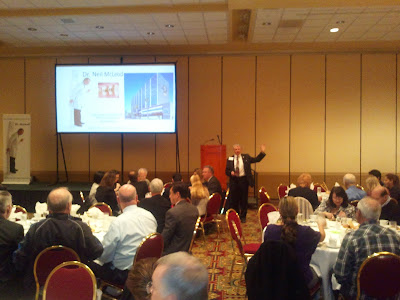 The article on "Enhancing the online presence of a dental practice" has been accepted for publication by the Journal For Prosthodontics
Posted by Neil McLeod at 10:20 PM No comments: 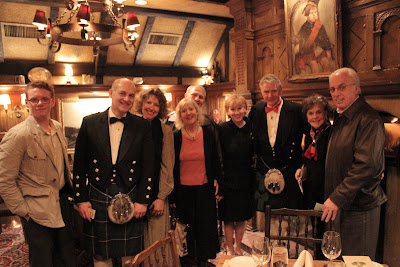 Christmas came and went and the New Year saw me putting the finishing touches to “Twa Dogs” which I recited at the Cal Tech Athenaeum Club for their Burns Night. There was a full house at the Tam O’ Shanter Restaurant in Glendale when twelve haggis’ were slain in two days, and I did a repeat performance at the Beckham Grill in Pasadena. So all in all January was quite busy.

I have to compliment the audience at the Athenaeum, and the piper and the Chef. John McLean Allan plays a mean set of pipes, with great fingering and I must say he is up there with the great pipers of our area like Eric Rigler. The Chef Kevin Isacson turned out another amazing dinner everything was good, but his bashed neeps and tatties to go with the haggis was superlative. But now back to the audience. There must only be a few places where one can deliver Burns’ long poems and have the dinner guests listen and laugh in the right places. It is such a delight to be able to bring to them works like “Tam O’ Shanter”, “Death and Doctor HornBook” and “Holy Willie’s Prayer”. For the forth year I gave them “Twa Dogs”. Such a wonderful tail about two local dogs, one from a rich household and the other from a poor home, chatting about their respective masters’ fate and activities. Such a revealing definition of life in 18th century Scotland with such relevance to today is hard to replicate. My audience sat through it all.

A highlight of the Burns' Season was have a Burns Night Dinner on the 25th with good friends, the Beeches the Covells and the MacArthurs. John said grace before we broke bread. Later on receiving yet another award from the City of Los Angeles with my friend Ivan Harrison the Chef at the Tam just added the cream. 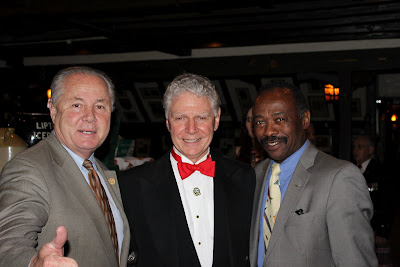 
I called Ivan later and he was so stoked he said his feet hadn’t touched the ground. Councilman Tom Lebonge made the presentation to us in front of the diners at the Tam. I have been carving up Ivan’s haggis for thirty three years now. 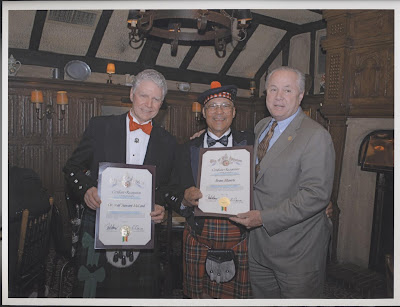 Posted by Neil McLeod at 9:15 PM No comments: