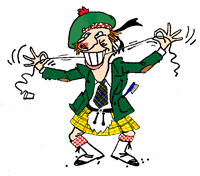 The idea of a Scottish dentist named Phil MacAvity (Fill My Cavity) must be as old as modern dentistry, certainly I heard it in rude jokes when I was a boy. But early on in my career as a private practitioner in Los Angeles, now West Hollywood, a patient followed me, from a practice I ran briefly in Beverly Hills, to my newly acquired offices on Sunset Boulevard. His name was Colin Bailey. Colin was a commercial artist, a visualizer, who worked for the Mattel Toy corporation.

Colin was the sort of fellow you could tell, “Colin we are going to make a flying dragon coming in to land and we want some ideas on...” To which Colin would reply, “Yes! Now do you want there to be claws on the front of the wings and scales all the way down the legs?” He would see it in his mind instantaneously, and be able to vocalize his imagery instantly. Mattel put a Facsimile machine in his home so he could transmit his drawings to them daily, and give them his ideas over the phone lines. This was a phenomenon, few enjoyed then in the mid 70's, but one we now consider second nature. Of course scanning and e-mail has superseded all of that now. But I digress!

Colin and I got along like a house on fire, I loved his creativity, and his Canadian Britishness, and he used to send me birthday cards and drawings which encapsulated his humor and frindship for me. Perhaps I should share his cartoons with my blog fans. Anyway, one day when I was cementing a beautiful gold onlay, I asked Colin if he might do a rendering of a Flossing Scott Dancing a Pas De Basque. His immediate response was, “Now do want him to have a Balmoral or a Glengarry, and patches at the elbows and horn buttons, with a toothbrush coming out of his pocket?” “Yes! A Balmoral.” I answered, and a day later a series of drawings appeared in my mail, and Phil MacAvity is the result. It has been a wonderful logo for me, a perfect blend of professional imagery and humor.

Colin Bailey ( 4.11.1926 - 7.16.2001) had a passion for the sea. He built his own boat for his two sons who he dearly loved, and retired to Cambria in the Pines on the Central California Coast, to a home that could easily be mistaken for an up-turned hull. His illustrations of old mechanicals, planes and boats and trains, showed his meticulous attention to detail. He was a patient of mine for twenty five years, and drew the illustration of Phil McCavity which is my practice logo. He passed away after a nine year bout with prostate cancer and will be buried at sea. Colin was 75.

When Colin passed away, his ashes were scattered out at sea in the waters off Morro Bay. Colin loved messing about in boats, as did I, and we played salty dogs together. I miss him, and see him in my mind when I cast an eye on the marvelous logo for my practice.
Posted by Neil McLeod at 10:29 PM 1 comment:

It is a soft Saint Patrick's Day 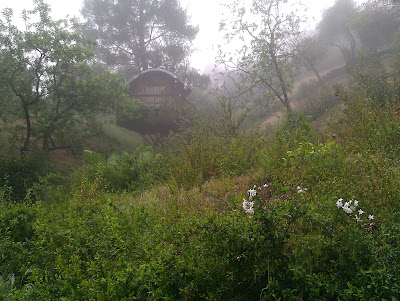 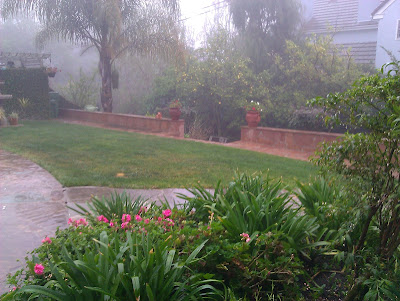 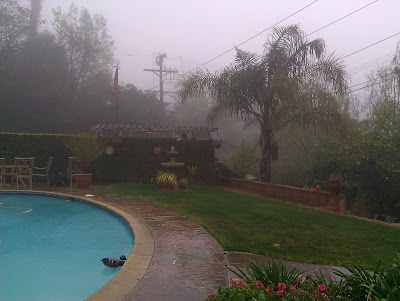 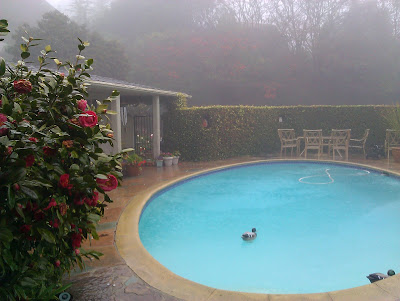 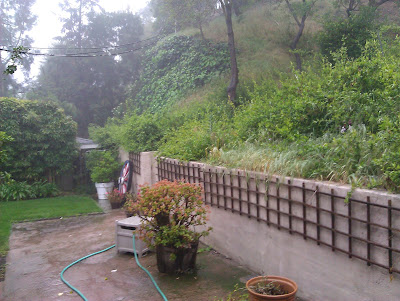 The tree-house "The Crow's Nest" is still discernible in the mild morning. Finally we are having a little rain here in Southern California, talk about a mild winter, 2011/12 has been warm, just a few chilly nights (40's F)

Saint Paddy's Day has come and with it the blessed rain. I went down to pick a lemon for my papaya this morning and opening the door this is what greeted me.

Our daughter Maran is back for the Spring Break from Hillsdale and our sons are fawning over the iPad 3 just released yesterday.

Today the garden looks as green as the Emerald Isle
Posted by Neil McLeod at 11:58 AM No comments: 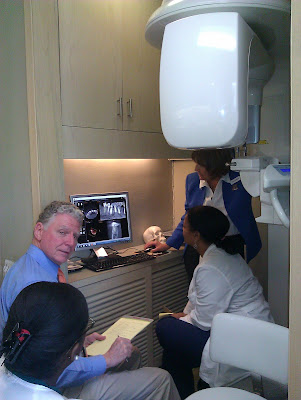 I have just spent a day studying how to use and apply the new 3D X-ray dental scan technology. The technique has been available for years, but at such expense that only large hospital facilities of commercial X-Ray centers could afford the installation and maintenance.

Progressively we have watched to pricing and the sophistication of the systems improve to the point where the scans are extremely diagnostically reliable easy to read and the equipment simple to use and with in the price range where a general practitioner can afford it.

I even anticipate a time in the near future when the commercial x-ray laboratories may not be able to compete with the doctors’ offices any longer. 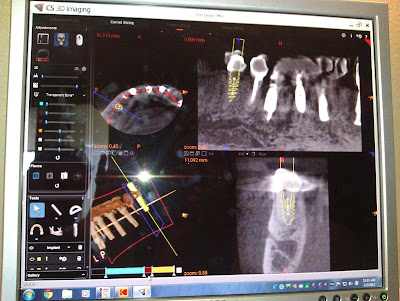 3D images allow us to examine sections of the jaws and be able to visualize everything around a tooth or implant. We can see where infection is causing bone in areas previously not detectable.
It is possible to read where bone is lost around an implant, and whether the jaw is wide enough to hold and support an implant. In short we have jumped to a whole new level of clinical accuracy. 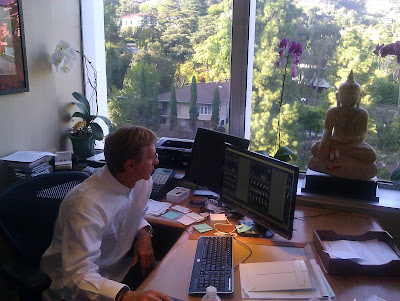 My colleague Doctor Fugier, DDS, another USC trained dentist who practices in the same building as I, has just put the new Clearstream (Kodak) 3D Scanner into his office an we can seamlessly integrate its use into our practice. Thank you Eric.