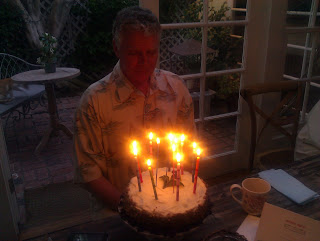 Six o’clock
And the morning air is chilly
With the moon descending on the western hill
And Orion’s belt standing out bright and clear
With Sirius and Jupiter to the left and the right
And Venus way over to the east
Where the sun will rise on my birthday.

Sixty five is the number
But my early venturing was to reconnoiter,
Were those nimble varmints, the racoons,
Digging up my lawn for worms again?
Padding down the upturned turf
Is not my chosen treat
Especially today!

Far across the globe
My mother, who bore me
On a colder morning so long ago,
Now slips softly into a coma of quiet waiting,
For God to call her home,
And the World turns
Another time. 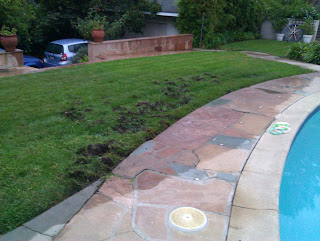 
Cookies with Audrey
Audry Gray and my daughter Maran are friends at Hillsdale College in Michigan.
Nancy and I visited the School for Parents Weekend in 2012 and sat up late in
Waterman Residence as the girls baked us cookies to go with our tea.

The moonlight fell on Waterman
Through limbs with thinning leaves,
And from the student’s living room
A glow shone out through the trees.
Within we both sat waiting
Defying the hour so late,
And the pot on the hob was starting to bob
And the cookies were starting to bake.

What a night it had been, where we dined
Olivia’s Chop House showed it’s charms,
Then a classical concert in Sage on the stage
With Dvorak, Mozart and Brahms.
For an hour we watched the kids swinging
As the Hillcats played Howard Hall,
And the leaves from the trees danced and fell in the breeze
Now summer had changed into Fall.

Out into the dark we retreated
Not wanting the reveling to end,
So we crossed the campus and Galloway Drive
To Waterman with Maran’s friend.
And there in the night we sat waiting
Ensconced on the long soft settee,
For a chance of a bite of a cookie at night
Served by Maran and Audrey with tea. 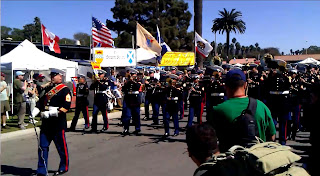 1920 - 2012
Picture courtesy of J. Lee Braly
Of Ned his family wrote: Ned was born in 1920 on a farm in Neely, Nebraska; started his education in a one-room schoolhouse; and loved attending reunions of his high school class.  Following service in WWII in New Guinea, Ned attended USC on the GI Bill and received both his undergraduate and law degrees.  He was a prominent criminal defense and family law attorney here in Los Angeles beginning in the 1950s.  Ned was featured in the book “A Death in California” which later became a television movie with Cheryl Ladd.  Ned’s only complaint about the mini-series was that he thought Robert Redford should have played him.  Ned was a member of Rancheros; an avid hunter who shot birds in Montana and wild game in Africa; and a pilot who flew with friends such as ace airman Bob Hoover.  Ned was a tall and elegant gentleman, dapper in his dress and particular about manners and grammar.  He was a gourmet chef at home and regularly dined at classic Los Angeles restaurants such as Perino’s and Chasen’s.  And he made the best Ramos Fizz on the planet, a recipe he somewhat reluctantly taught.

Over the last three years I have been knowing that the moment would come when I would want to write and express sentiments which only mature and find expression at times like this. Until the instant when their appropriateness is confirmed, not till then does one put "pen to paper" or dare to verbally express their content.  But now is the time.  Ned was a fine man, a devoted man, a good man, and a man whose interrupted family life was shattered when the wife he cared so much for met her premature demise. That life was rekindled with the infectious enthusiasm for living which he shared with a new bride.  The Lord knows they both took what came by the horns. We might spend time in remorse for his passing, but in reality this is a time to celebrate the accomplishments and the achievements of a full life.  Not to acknowledge that I loved Ned would be a failing.  The Christmas goose he would tuck in the back of my car, the Macallan well aged and a deep dram, and the dry wit.  I have been privileged to serve the Man so many have loved, and I pray that the sweetest memories remain to soften the loss they must feel at this time.

It takes a lot of time before you really know a man,
A lot of hours of talking and watching how he stands
Upon the things that matter
And the way that he reacts
To the challenges that come his way,
It’s then you know the facts.

You really never get to know someone in just a day,
It takes an awful lot of time before you guess the way
They’ll respond when under pressure
Or when something’s done that’s wrong,
And how in private moments
They’ll behave when folks are gone.

You can’t tell how good and loving a man is going to be
Until he kneels and prays for help, and when it counts if he
Will always go the extra mile
And temper all with love,
And be there for you through thick and thin
When push comes to shove.

But if upon reflection looking back through time you find,
That a man you’ve known was always strong and decent warm and kind,
Then you’ve really had a blessing
That few of us can boast
And when tears dry you’ll be clinging
To the memories you love most.

Email ThisBlogThis!Share to TwitterShare to FacebookShare to Pinterest
Labels: A poem of remorse and joy, loosing a friend, Tribute to a good man
Newer Posts Older Posts Home
Subscribe to: Posts (Atom)