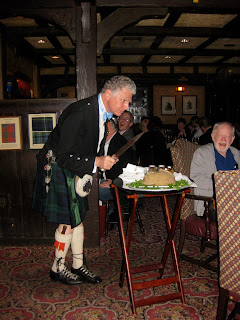 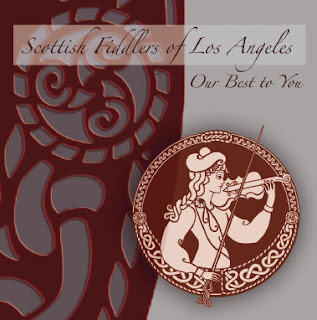 
Col. J. W. Mills 1981 - 2001
A story for my friend Mike Mills about his father a golfer whose children grew up as golf lovers. Like their father, they absolutely loved to play Pebble Beach.  Col Mills was a Marine Ace pilot at Guadalcanal. He retired to be a Mathematics teacher and golf coach for San Francisco State.

Colonel Mills was an ornery fellow
He rose through the ranks in the Corps,
A Marine of note and distinction
Whose passion in life was a ball.
He joined the Marines on an option
It was five years in clink or enlist,
He had stone-brained a street gang opponent,
He was savage, well! you get the gist.

When you join Semper Fi as a private
It’s not without lots of hard work
That you rise through the ranks to be Full Bird
And take playing golf as a perk.
He just loved the big open spaces
Like runways, groomed greens and the sky
And he wasn’t above getting liberally oiled
At the end of the day to get high.

He retired to a home with a fairway,
A driving range was his back yard,
He could simply turn out in the morning
And wack a few balls really hard.
Then sure that his form was still winning
He’d sally forth in his sleek Cadillac
To meet with his cronies and play a round,
And “hoist a few” on the way back.

But one day he missed his appointment
His pals on the links heard the gong,
They knew with the colonel not showing
That something was terribly wrong.
He’d played his life hard with a vengeance
But cancer had riddled his form
And it wasn’t long before family and friends
Would be laying him under the lawn.

But he wanted no plot for a internment
He’d rather it brief and serene
He asked that whatever they got in the pot
Was scattered around on a green.
Not just any green took his fancy
For hallowed ground he made his reach,
He asked that his sons take his ashes
And scatter them at Pebble Beach.

So his lads took a drive down to Carmel,
They booked for a round on the course
They made little mounds at the eighteen hole
And swung at the ashes full force.
Then satisfied with all their labor
They sauntered away full of mirth
Making a line for the club house
And a night of it with “Surf and Turf”.

Those boys knew his spirit would linger
Haunting where he loved to play,
Together they’d pulled off a fast one,
And no one could take that away.
Now they watch for the match shots together
With successive angles they each
Search for the face of their Pa in the crowd
By the eighteen hole at Pebble Beach.
1/18/2013 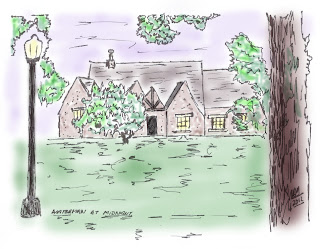 Set back from the roadside
Beyond the lawn and path
There’s a tall-roofed gabled house,
With kitchen and a hearth.
Carpets in the living room,
A wide cozy divan,
A home amongst the college halls
They call it “Waterman”.

The residents are ladies,
Hillsdale colleagues all,
Who take pride as they entertain
When others come to call;
Patriotic damsels, virtuous and true
Diligent supporters
Of the white and blue.

Should you on Tuesday evenings,
Drop in by chance you’ll see
The denizens and visitors
Enjoying a cup of tea.
Young men from Delts might be there,
Mu Alphans and Phi Mus
They take a break away from work
To air their news and views

It is now a tradition
Among that active throng,
To nurture arts of hearth and home
While yet they labor long.
In the wee hours of the morning
When others have gone to bed,
The lights are on in Waterman
They’re working late instead.


For my daughter Maran who, enjoying the company of its residents, applied for and has succeeded in making Waterman her college domicile.

Dressed To Kill - A poem 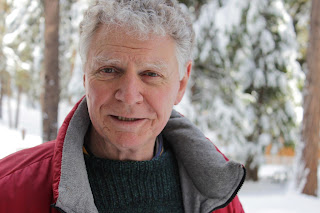 Fun In The Snow
Between Christmas and New Year we drove up to Lake Hume in the Sequoia National Forrest for some family time in the snow.  We McLeods went up with Mary Chin to join our new friends the Lippincotts. The drive into the Forrest was magical, we had chains on the van, and it was as if we were flying in some 3D movie past the fluttering  snowflakes.  We all stayed at Tim Denton's "cabin" in the Lake Hume Christian Camps area. 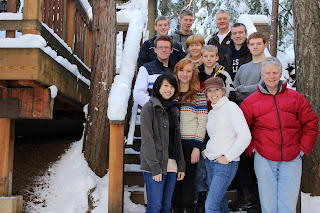 Now both Marc Lippincott and I had trouble with our chains during the last part of the drive, and had thrown a cross strap.  We both dressed up warmly and were out in the snow looking for tools and a way to fix the chains.  Tea was brought, and Orange Christmas cookies, and as we stood taking our first sips I asked Marc to tell me a story.
Marc told me a hunting story about his father.  He explained that his Dad, Wendell, was a soldier in Germany, and was a crack shot, nearly a "sharpshooter", and that after serving in the U.S. Army he kept up his skill in hunting. His favorite hunting spot was in the Western Hills of Colorado and sometimes he would tow a trailer out with him in his little red pickup truck so his wife could be comfortable when she came along. Whether away on the hunt or back home in California, Wendell always dressed for church. He wore a three piece suite and shiny shoes to church on Sundays, even on a hunting trip. Then he told me this tale:

Wendell was a soldier,
He served in Germany,
And returned to California
To raise a family.
He loved to go a’hunting
In the Colorado hills
Sometimes he’d bring his wife along
So she could share the thrills.

When she came he towed a trailer
With his red pickup truck,
So she could camp in comfort
While he went to shoot a buck.
And they still kept the Sabbath
He’d wear his Sunday best
Even in the Western Hills
He’d wear a suit and vest.

Now, early Sunday morning
As they left to make for town,
He tucked his rifle in the cab
Before they headed down.
In his suite and shiny shoes
While driving past he spied
A multi-pointed buck a’grazing
Close to the roadside.

Temptation won, he stopped the truck
Got out, gun on display,
And in his three piece Sunday suit
Saw that buck slip away,
He followed soft behind it,
Excitement in command,
Adrenaline rushing, one clean shot
Brought that buck to ground.

The Lord’s Day was forgotten,
He had to claim his kill,
And spent the morning taking steps
To cart it up the hill.
Wendell was a sportsman,
He loved to hunt and shoot.
He shot a stag one Sunday morn
In his best three piece suite.