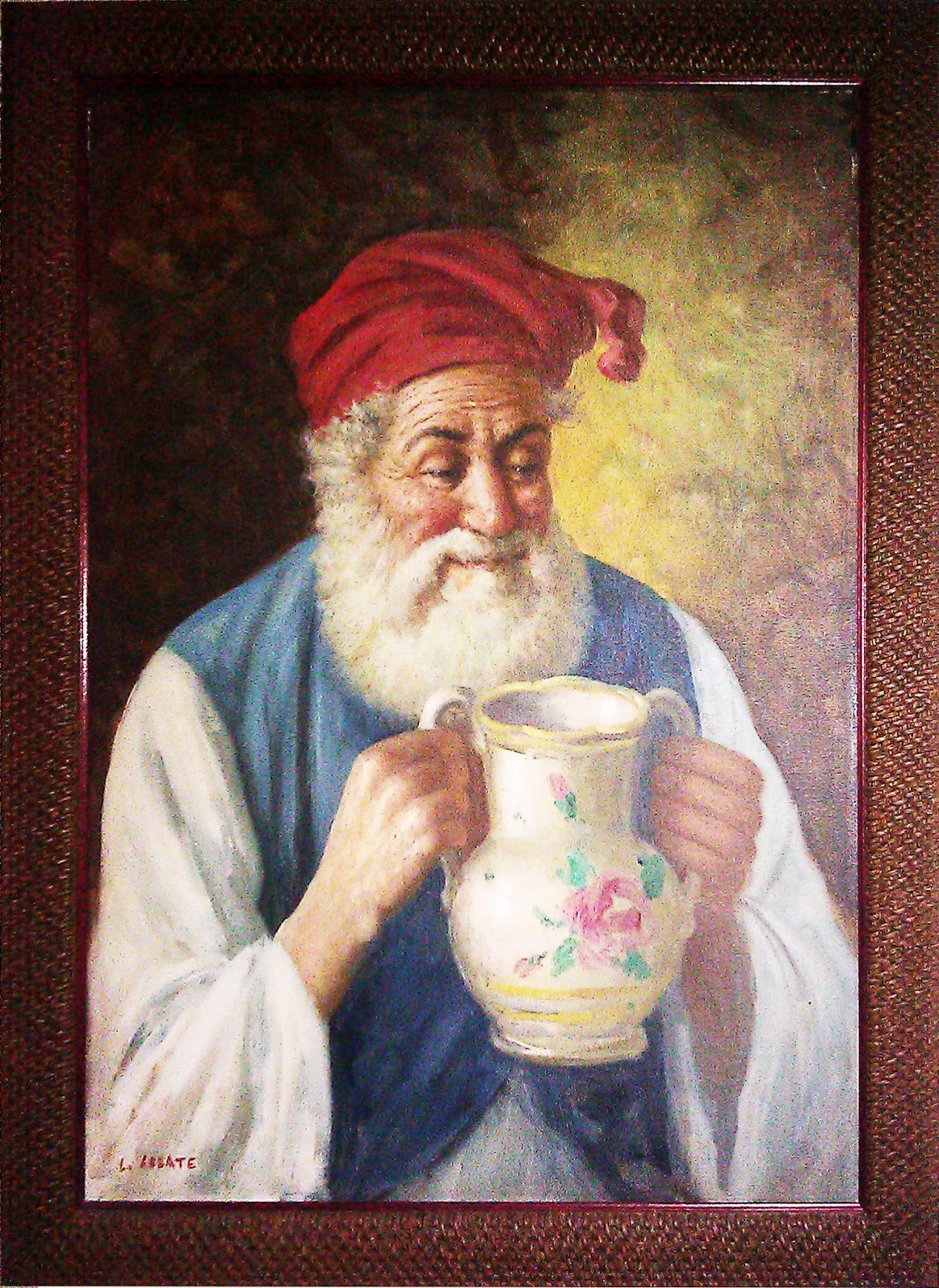 The painting that hangs in the dining room,
Was his Grand Mother’s, is what he said,
Depicting a man with a washing jug,
And a kufiya covering his head.
His beard overflows in its fullness,
Smile lines crinkling round his eyes,
Ready to help you wash your hands twice
Before breaking the Challah you prize.

That painting left by his Grandmother,
He brought from South Africa,
And the jug will remind him of all the traditions
Where ever he travels so far.
The handles are set at odd angles,
For ceremonial use,
When washing the hands before bread is broken,
Because you see, they are Jews.

For this is the way they have done it
Since Moses had written the law,
We keep the traditions and customs
Our parents taught us before.
There is the two handled water urn
With flowers beneath the fired glaze,
It serves as a symbol that we should keep
Precious for the rest of our days.


The ritual washing of the hands and feet is a traditional part of Jewish lore. Here is the result of seeing the painting of a ritual water jug at my friend Martin Horwitz’s home. The custom of ritual hand-washing, netilat yadayim, is commonly observed within Orthodox Judaism.  There is a reason for the two-handled washing cup used for ritual hand-washing.  After the first hand is washed, it is clean and pure. The unwashed hand, however, is not. If the two hands touch after the first hand was washed, it is necessary to rewash the first one. We use a two-handled cup to make the process simpler, making it easier to avoid the hands touching each other.
Posted by Neil McLeod at 9:47 PM No comments: