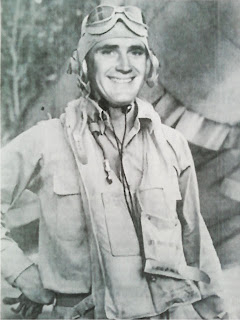 There are stories told by those who are bold
Who return from fighting a war,
There are lies that thrive as the myths survive
When no one remembers the score.
There are tales of skill in the grip of will
When your luck is all but run out,
And one worth a notch is "The Pilot’s Watch"
And that is what this is all about.

“Have I told you about where I lost my wrist watch?”
Said retired Colonel Mills as he gulped on his Scotch,
“No Millsy, I don’t think that you ever did!”
Said his pal at the bar as he took a big swig.
“Well it happened one day down in Guadalcanal,”
Went on Flying Ace Mills, looking straight at his pal.
“We were stationed you see on this God f’saken isle,
And there wasn’t a bar for a thousand mile.
I was with the Marines and true to their form
It was damn hot and buggy and the beer was warm.
But there were perks for being a pilot you see,
And one was the wrist watch they issued to me.” 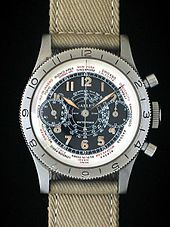 “That wrist watch was big and it kept perfect time,
All pilots had one - I really loved mine.
I’d check it each morning when I saw the light
And be out on the runway to make the first flight.
Then up and away to the clouds and the blue
In a Wildcat to spot any Zeros in view.
But they rarely start early and there wasn’t much fear
So they’d filled my compartments with liquor and beer.
If I left at eight, I could be back by ten,
There rarely would be any Zeros till then,
For the Japs took their time, they had breakfast before,
They loaded their bombs and then flew off to war.”

“Now why?” said his pal, his attention complete,
“Did you have all that hootch tucked away ’neath your seat?”
“Ah well!” answered Millsy, “As I flew around
It was a lot cooler than down on the ground.
For two hours I’d watch for an enemy plane
Radio my position and come back again.
And they all ran to meet me when I landed on time,
And I never was late with that wrist watch of mine.
They’d empty the contents of my baggage hold,
For the beer and the liquor was by then freezing cold.
Just the way that we like it to slake a deep thirst,
We could do it because the Japs liked breakfast first.”

“There was just enough time for that once I got back
To re-fuel my plane and take off to attack.
The ten o’clock flights were not like the milk run,
With bombers and fighters it wasn’t much fun.”
We flew up to meet with the oncoming force
Of big Mitsubishis and Zeros of course,
Their pilots were good and those Zeros were fast
And a dog fight began so they couldn’t get past.
We started up high where the air was a frazin’
Screamed down on their cans with our Brownings a’blazin’
Their fighters turn nosed up and their cannon pop popped
And down to the sea the first casualty dropped.”

“We arch up and away to regain our height
Come round with a roar to get back in the fight.
The radio’s blarin’, that there’s guns on my rear,
I peel up through a cloud bank, they all disappear,
Up, up I keep climbing till out top I drone
To see four Bettys in diamond formation, alone.
Nose up to the first one I aimed for his turret
Spattered his rear and tail gunner in it,
Dipped down to aim for the wing frame connection
And lit that “cigar” in one flash conflagration,
Then rolling to make sure I just missed his wing,
Soared up and curved round to restart the whole thing.”

“This time as I drop I’m in three gunners sights
I see the gun’s flash so I swing to the right.
Ploughing back I descend on the right bomber’s flank
Squeezed on the trigger and blew up his tank.
Then falling away I banked up and turned
As that big Mitsubishi just curled down and burned.
I was climbing again to make the third run
When the tail gunner got me a bead with his gun.
I saw the guns flash and I heard the shells chatter
And about me cannon rounds rattle and clatter,
Then a clunk and a shudder I knew something was wrong,
I looked down at my arm and my wrist watch was gone.”

“Well that got my attention I was mad as can be
That gunner had taken my wrist watch from me.
My left arm felt broken but I carried on,
Determined to stop them from dropping a bomb.
I peeled down to the right, and curved back with a roar
Nosed up on his tale and to even the score,
As soon as I sighted him I just let go
Plastering his tail with just row upon row.
The turret just shattered as I made my pass
Pieces were falling out, metal and glass,
And then something happened that so bothered me
The gunner’s top half fell out down to the sea.”

Then his pal tried to swallow and clearing his throat
Said, “Wow, Millsy.” and stammered, “Well that ain’t no joke.”
“No it wasn’t.” said the Colonel, as he clutched at his glass.
“But I drained all my ammo as I made my last pass.
With no watch, and no timer I headed for home,
The wireless was dead I was there all alone.
They poured out to meet me when I came in to land
One with a beer, that was still cold, in hand.
When they asked how it went, “Oh, just easy I lied.”
They could see the great canon hole on my port side.
“It’s a miracle you made it now how can that be?”
“I was saved by the wrist watch they issued to me!”

There are stories told by those who are bold
Who return from fighting a war,
There are lies that thrive as the myths survive
When no one remembers the score.
There are tales of skill in the grip of will
When your luck is all but run out
And one worth a notch is "The Pilot’s Watch"
And that is what it's all about. 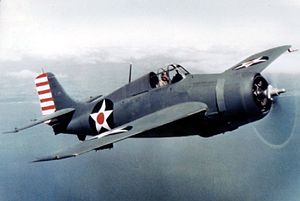 Wrist watches have long history behind.Every year wrist watches introduce a new brand of watches. So i recommend you to take Hijri Calendar Watches and choose your best one.

Dear Attiya, I would have preferred a comment about the poem rather that a self serving promotional diversion that is unrelated to the topic. Did you even like the poem?
DR Neil McLeod

Hello, I was very encouraged to find this site. The reason being that this is such an informative post. I wanted to thank you for this informative read of the subject.

Thank you Edward, your comment is appreciated. If I were in Chicago I would send a repair over.
Dr Neil

Finally got to read it!
Well done, Doc!