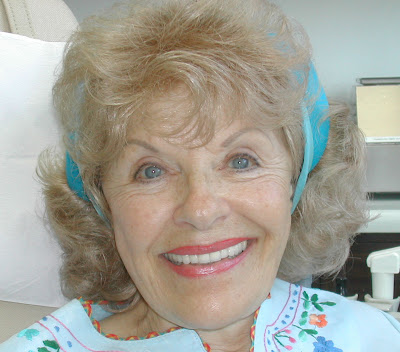 Hilda Lane
1929 - 2010
Hilda Lane, the graphic artist and illustrator, was the owner of the Hollywood Sign Company, and consequently knew just about everyone of significance in town. She was a great friend and compatriot when I lived in Laurel Canyon, and was on my team during my presidency of the Lookout Mountain Associates. We had enormous fun fighting for good causes and planning Oktoberfests. She also loved the Wajinga gatherings of East African enthusiasts. She lived alone in a house she and her husband built, that became frozen in time after he died in a private plane crash.
On the hill crest above Laurel Canyon
With a view of the city and sea
There’s a ginger bread cookie house chateaux
Where I’ve been invited for tea.
There are carvings on gable and roof line
Repeated in each window frame,
There’s a garden surrounding this sanctuary
The home of my friend Hilda Lane.
I would just say a word about Hilda
Who lived all alone on the hill,
Her life it was thoughtful and generous
Filled with good deeds and spreading good will.
If a cause ever needed a champion,
To Hilda its advocates climbed,
She would listen intent to the story,
Weigh it carefully, and make up her mind.
Now if Hilda decided she liked you,
And she liked the idea that you brought
She would put all her effort behind it
And together the battle was fought.
I had a fine friend Hilda
An ally who never would wane
And together we vanquished the dragons
That haunted each chosen campaign.
Hilda lived all alone on her hilltop
Since her husband’s plane fell from the sky,
And she kept every nuance in order
No matter how fast years went by.
And nothing was changed in her life style
Not a curtain, a cup or a line
And she drove the same car down the hillside
From her Swiss Chalet frozen in time.
Neil McLeod 10.30.2010
Posted by Neil McLeod at 11:44 AM

Hi Neil,
I just wanted to say this is beautifully written. You are a great storyteller and you really made Mike and I feel a lot better at the memorial.

The way you told your stories and the harmonica playing were truly magic. You seemed to have unlimited information for everything; I even learned about Bavarian china and the process of porcelain making (which was great!)

Glad we got the opportunity to meet you.

Centuries may have passed, but her beautiful smile will always be remembered. A smile can really change a person's character and it is really important for us to have a great smile. A lot of dentists (Goose Creek area) would suggest their patients to have an appointment to their respective
Goose Creek dentist regularly to ensure that their beautiful smile will really last for a lifetime.

I just saw this blog and am saddened at learning of the passing of Hilda Lane. I worked for Hilda at Hollywood Sign Company from 1978 to 1986. She was a fine a generous woman that taught me how to run a my own sign business, which I successfully did for over 25 years. I would like to know the circumstances of her passing. She will be greatly missed!